“The EUROGATE roadshow in Asia has further boosted the awareness level of Wilhelmshaven among the key target groups. Through personal contact with our target groups, we were able to once again intensify the dialogue that began in 2011 with the first roadshow and has been conducted continuously ever since,” says Jörn Kamrad, Director of Sales at EUROGATE.

More than 300 large container ships with transport capacities in excess of 10,000 TEUs are already in service worldwide, for the most part on trade lanes between Asia and Northern Europe. The container terminal in Wilhelmshaven not only scores with its non-tidal water depth of 18 metres. Due to its nautical access conditions and its surface area, it is ideally suited for handling container ships of all sizes without restrictions. The direct and congestion-free motorway connection and the proximity to Germany’s export centres in the Rhine-Ruhr region are also convincing arguments. Two out of three major alliances with a total of eight shipping companies have included the terminal in Wilhelmshaven in their shipping schedules. With more than 120 train connections per week, the location has excellent connections to the DACH region (Germany, Austria, Switzerland).

It is also welcome news that the Volkswagen Group has committed to the site and will set up a multi-brand packaging centre in the neighbouring logistics zone. In order to prepare EUROGATE Container Terminal Wilhelmshaven for further growth, EUROGATE launched a programme in autumn 2017 aimed at further increasing staffing levels and plans to hire up to 200 new employees. And theshipping alliance 2M (Maersk Line, MSC) has recently decided that the deepwater port of Wilhelmshaven will be the last port of call on the AE5 service to Asia, resulting in a transit time for containers to Shanghai from Wilhelmshaven of only 24 days. 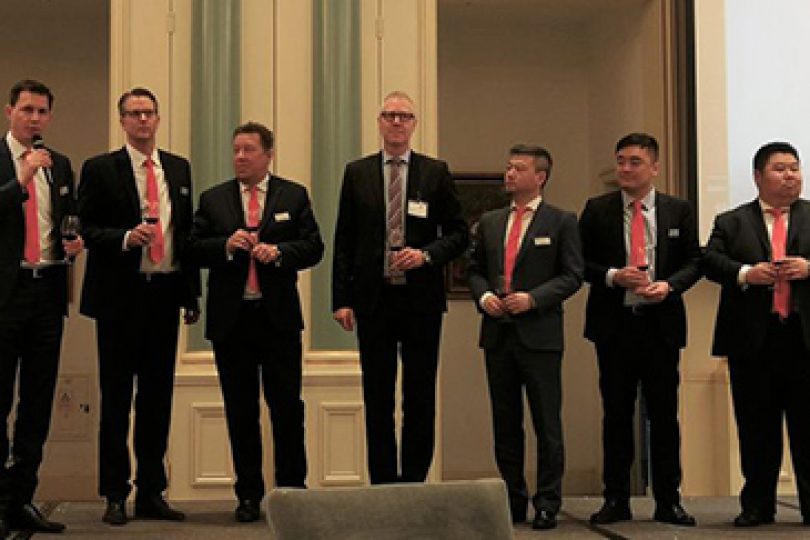