Optimistic mood at the port

The idea of building a deep-water container terminal on the River Jade was first proposed back in 1993 by Wilhelmshavener Hafenwirtschafts-Vereinigung (WHV), an association of port businesses. This was followed by a potential analysis and feasibility study in the years 1998 and 2000.

After the applications for planning permission had been submitted, in January 2003 the heads of government in Lower Saxony and Bremen set up the company JadeWeserPort Realisierungs GmbH & Co. KG to handle execution of the project.

In April 2006, the contract for operation of the container terminal was awarded to the EUROGATE Group.

Planning permission for construction of the first phase was granted in March 2007. Sand filling began in May 2008, a phase which lasted two years. The installation work for the sheet piling began in August 2008.

The first phase of the 1000-metre long quay was handed over to the operator EUROGATE in January 2011.

The port actually went into operation in April 2012, although the official opening ceremony did not take place until 21 September 2012. 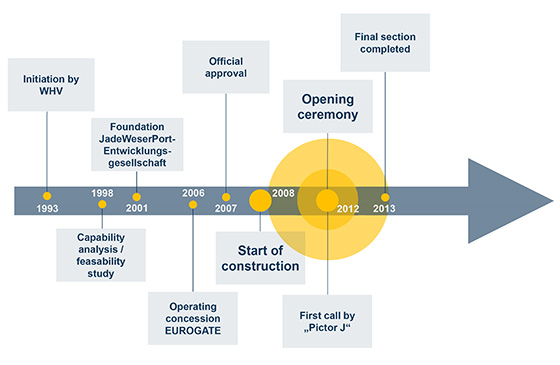 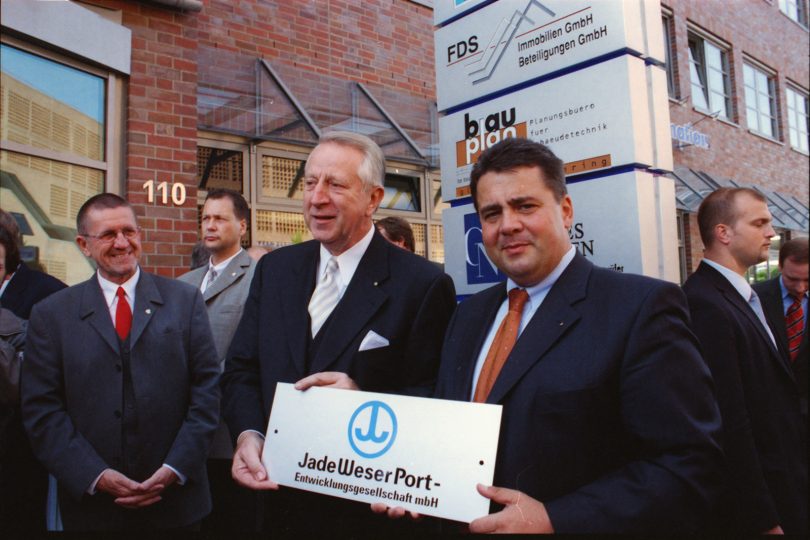 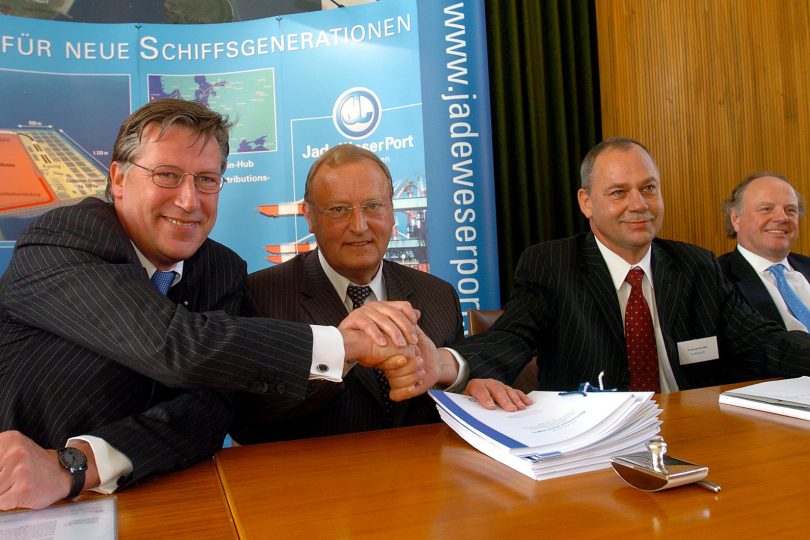 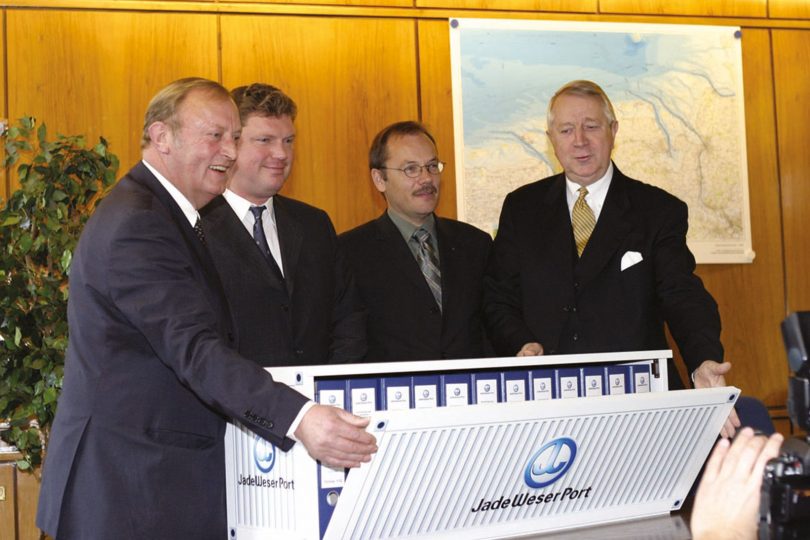 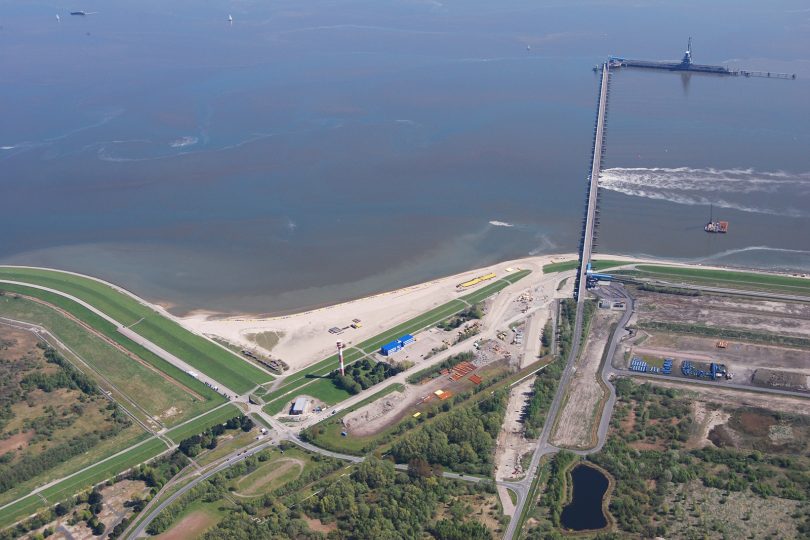 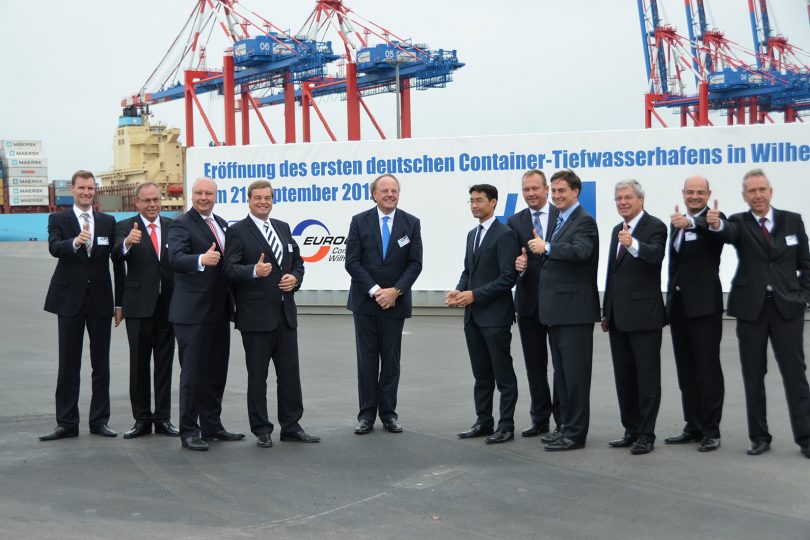 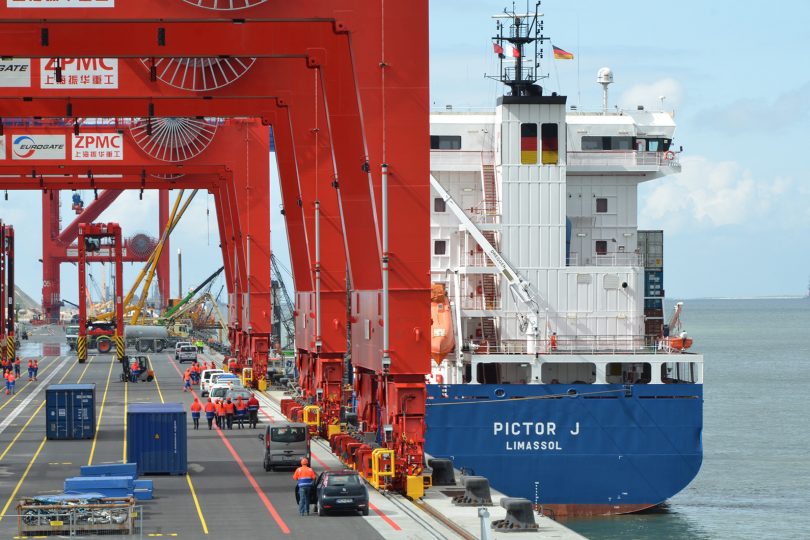 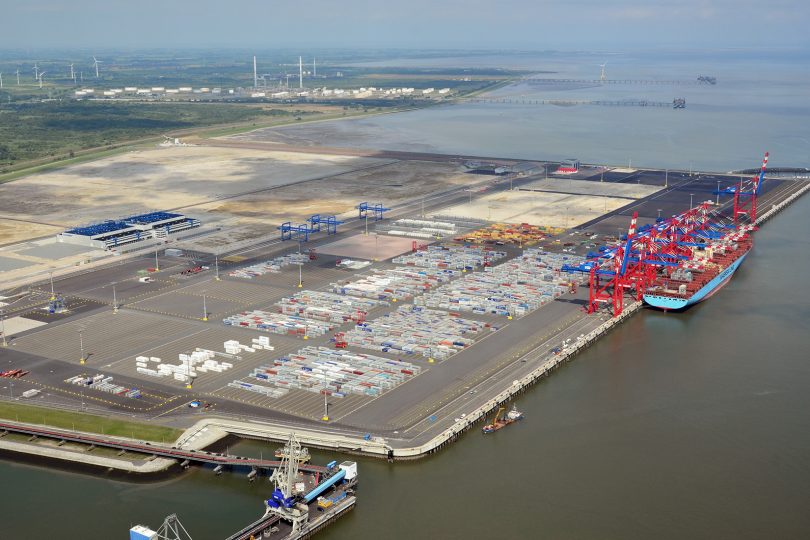 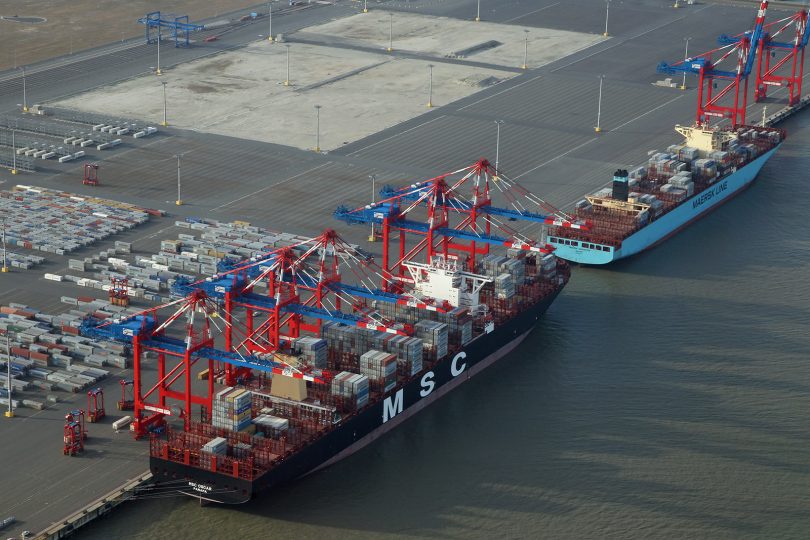 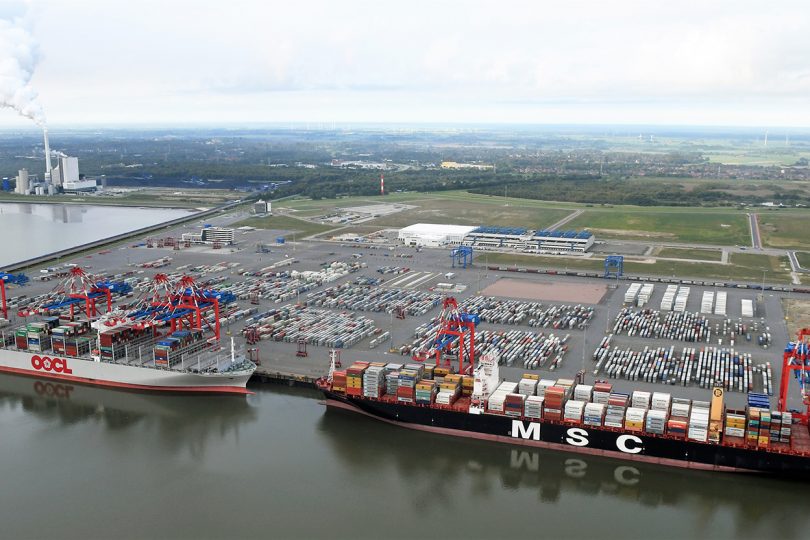 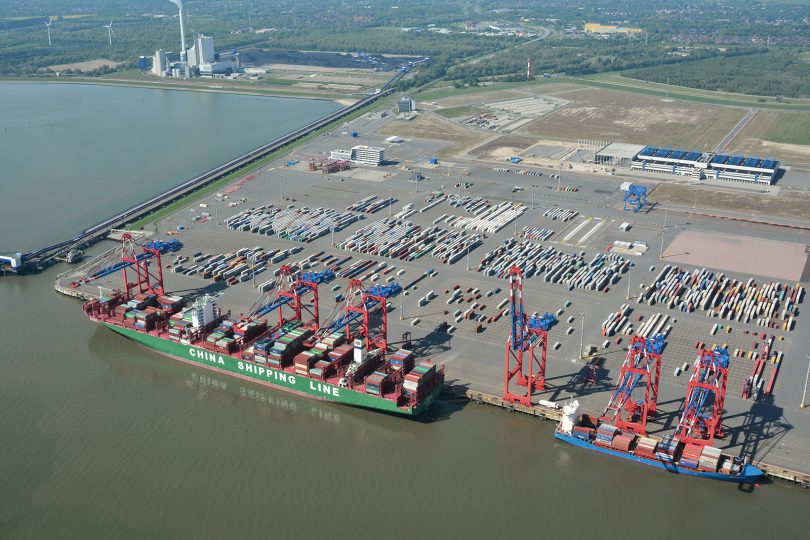 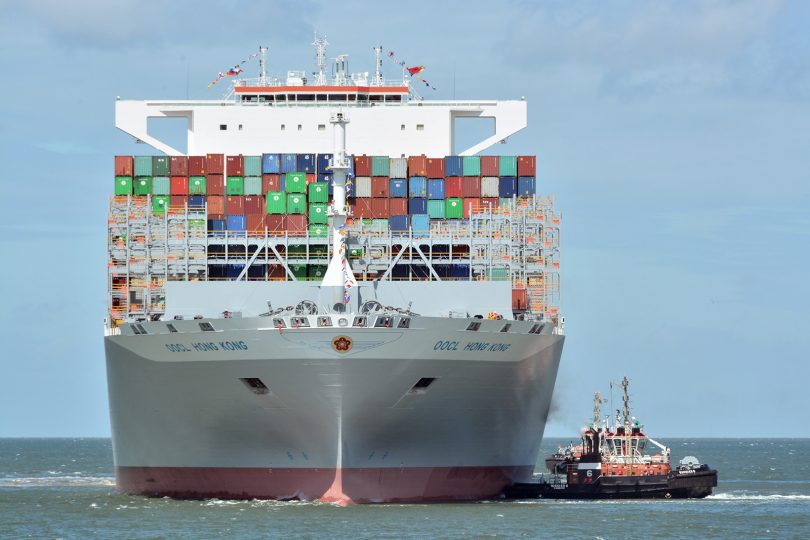 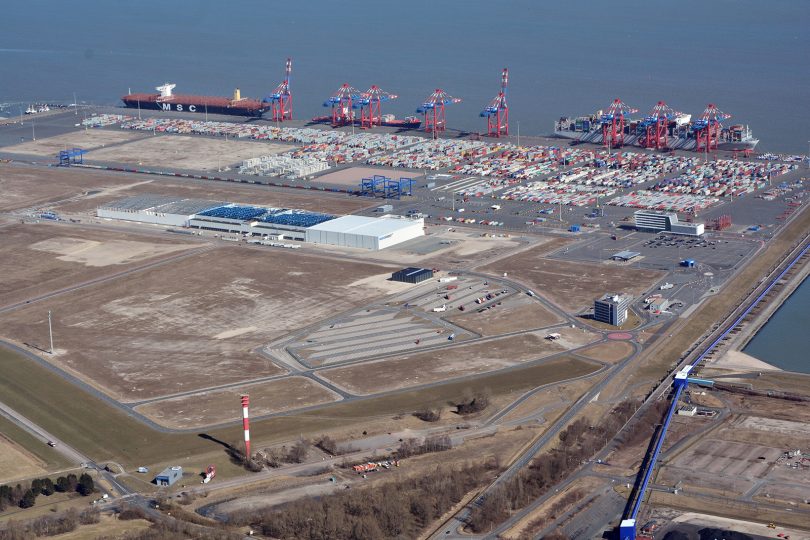